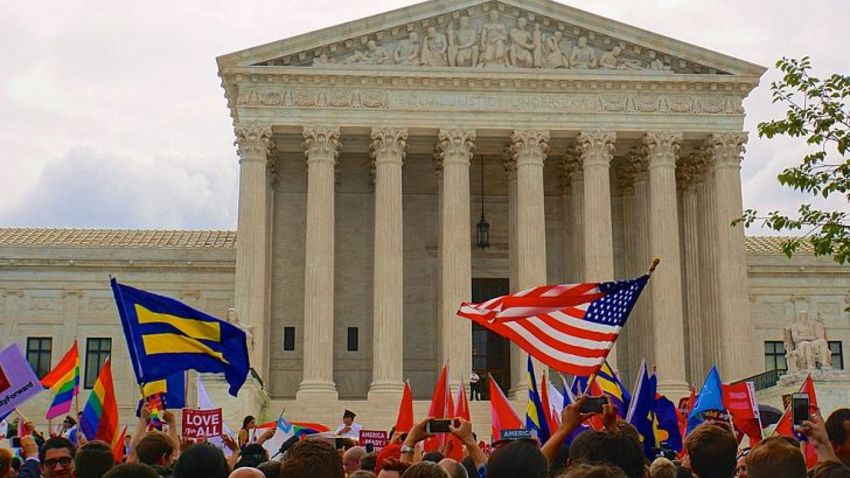 2018’s blue wave saw a slew of fresh new faces in Congress – remarkable in their diversity. Alexandria Occasio-Cortez and Deb Haaland were some of the women of color elected into office, and Ilhan Omar and Rashida Tlaib were the first Muslim women.

In fact, 110 women were elected into the house. LGBTQIA representation also saw a spike, with Native American Sharice Davids making history as the first openly gay woman of color in Congress.

During the opening session of the 116th Congress, Alexandria Ocasio-Cortez made the choice to wear a white jumpsuit – a symbolic decision. The color white has been connected to the move for women’s political empowerment since the suffrages.

When Shirley Chisholm was sworn in as the first African-American Congresswoman, she wore white, as did Geraldine Ferraro during her acceptable speech as first female VP candidate for a major ticket. During the third presidential debate in 2016, Hillary Clinton too put on a white pantsuit.

The meaning is clear. White clothing has symbolic value for women breaking through the glass ceiling in politics.

So is that it then? Has the glass ceiling officially cracked for good, both for women and the LGBTQIA community?

Women’s advancement in areas like higher education, business and government are taken by many as signs of positive and progressive change. But does this increasing gender diversity have the power to positively impact all women, and to transform institutions and organizations?

The evidence shows that female and LGBTQIA legislators are likelier to sponsor more bills and pass more laws for women’s and the LGBTQIA community’s benefit than male ones. What’s more, there’s an intense psychological impact related to the presence of women in the workplace – it inspires more young women and LGBTQIA members to consider a future in politics.

That said, the challenge is far from over for these leaders. In fact, these politicians are often seen as less legitimate in their positions of power as their male counterparts. Discrimination, bias, micro aggressions and even sexual harassment – these can be part of the female and LGBTQIA political experience in a way they simply aren’t for men.

A report by McKinsey & Company showed that 64% of women and 71% of lesbian women report micro aggressions in the office, while 55% of women in senior leadership or management roles experience sexual harassment.

Then there’s the problem of the glass cliff.

The glass cliff is a phenomenon that sees women assuming leadership during times of crisis or conflict within an organization. So if the situation or the organization does not manage to improve under their leadership, the women may take the blame – or fall off the glass cliff.

And in fact, the research shows that POC and women are likelier to be promoted when firms are troubled. Such high risk appointments often lead to women being forced out of their senior positions more frequently than women do.

No one could deny the American political landscape is currently in the throes of deep turmoil. And that could pose a glass cliff situation for many of these “first” women.

It’s valid to celebrate the new diversity in Congress. But it’s also important to remember that this is no guarantee of continues positivity. Real transformation wills occur when diversity is treated as a top priority, and when diverse leaders are elected during times of prosperity as well.

If you feel you need support in writing your essay with this or a similar topic, we'd be more than happy to assist you. Get help writing that essay from a professional and ensure that the essay you submit reflects the best of your work!