Should Mobile Phones Be Abolished In Schools? 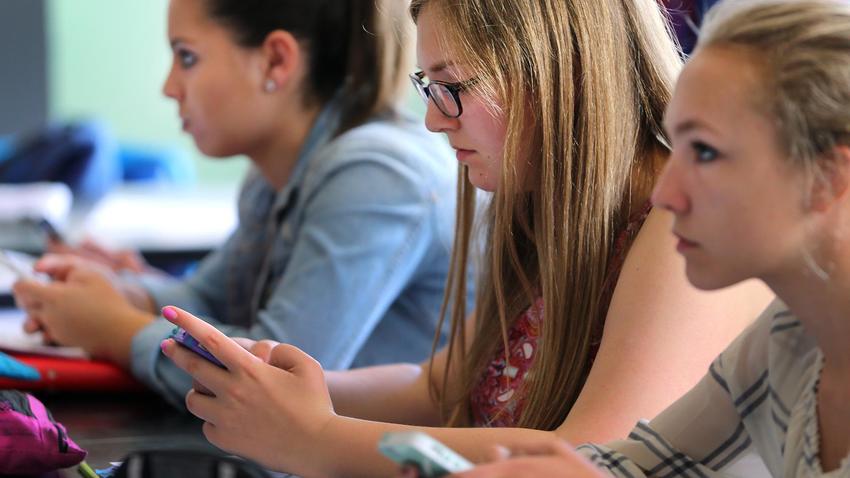 Most of us would argue that students’ behaviors are better when they are off their mobile phones. This brings us to the question, "What is the essence of mobile phones in our learning institutions?

We all know that mobile phones indeed play a significant role as far as learning is brought into the picture. In a way, most of us would agree that the use of these gadgets indeed help poor students improve their academic work, which is not a bad idea. As a result, we all agree that mobile phones indeed have both positive and negative impacts not only on the students, but also their respective institutions and parents.

Some of the reasons why most people would give a big “NO” to this question are that:

Cellphones can be used as point of reference

Mobile phones indeed can serve as an elaborate source of reference in the classroom. For example, students can check their grammatical errors through the various apps installed on their phones.  Students, in this case, can consult the multiple platforms to be able to contribute actively to topics that they are not familiar with.

In a glimpse, cellphones play a significant deal in helping students organize themselves. Through the various educational apps, students can schedule their activities and get notified of the same in cases of upcoming deadlines. This is the best ways through which students can plan on meeting tight deadlines regards classroom projects and assignments.

Among the excellent apps, students can use to organize their notes include Evernote. Evernote is a platform that allows its users to transcribe and access whatever they have taken down across various devices. The app will enable students to quickly take down essential notes which they can bring Cell phones are increasingly being used as classroom participation tool

Through the website platform polls, tutors have been given a convenient way through which they can get students to respond to the poll questions raised. This method is among the most effective ways through which teachers can determine the level of understanding of the students regards the topic in question, and also adjust the lesson plan in relation to students’ understanding capabilities anywhere they go, which makes revision even more convenient.

Cellphones can be used to alert for emergency cases

Among the many reasons why the abolition of cellphones is not being advocated for include their role in informing on emergency incidents. Most parents encourage their children to keep them on the tone in cases they experience events that expose them to danger while in school and out of school.

Cellphones may also make it easy for both the school stakeholders and parents locate the location of missing students in cases they happen to set their phone GPS location on.

Mobile phones can be used as minicomputers, which implies that schools do not have to invest much in buying computers

Indeed, education systems seek to meet the demand of the advancing world, which means that they are subjected to meeting these needs by furnishing their schools with the most advanced equipment. Such may include having to upgrade their hardware and software on a regular basis. Which implies that limitations like lack of efficient and enough resources to meet the demand of school population may hinder efficient learning. This implies that by schools not banning the use of mobile phones, students are given the opportunity to follow-up with the latest technology around them faster than when relying on the school to upgrade and provide them with the same.

In a way, mobile phones significantly impact on students’ capability to reason while at the same time developing critical skills and attitude towards life. Ina way, students can borrow new ideas from the internet, which in turn they use positively in different aspects of their life.

Even though there exist valid reasons why the use of mobile phones in learning institutions should not be banned, people holding the contrary opinion still advocate for the abolition of mobile use in schools. Some of these reasons include:

The performance of students can be directly influenced by the rate at which they use their phone while in class. Furthermore, the likelihood of students to become inactive in class is higher when they have their phones than when their phones are out of reach. This implies that students’ grades are likely to improve with the abolition of mobile phones because they become more attentive.

Reducing the Stigmatization regard social and physical vulnerabilities

Social stigmatization is mostly faced by students coming from low economic backgrounds. Poor students in most cases are unable to afford most luxuries like smartphones which make them feel inferior to their peers owning mobile phones. Abolishing the use of mobile phones in school could play a significant role in reducing the gap that exists between students.

Furthermore, Students with physical disabilities tend to feel intimidated by their peers who have the capacity and opportunity to operate smartphones. The abolition of cellphones would, however, function best at promoting equity in schools.

The abolition of Phones means an additional study time

Banning the use of mobile phones means that the time used by students to browse through their mobile phones can be redirected to doing other meaningful activities intended to improve their academic work. The extra time is of significant importance more so to students who have relatively lower level of understanding.

Reduces the rate of cyberbullying in Schools

Bullying online may not be spotted by teachers because it tends to take place behind the screens. Harassment is most rampant among high school students. The only possible way of reducing the rate of bullying cases reported among teens would be to abolish the use of mobile phones in schools. The behavior can most probably be reduced by preventing students from using their phones during class hours.

Incidents of emergency cases are better handled by school head

It is argued that emergency incidents can better be handled by school heads, which implies that keeping mobile phones off student’s reach means that schools will be entitled to taking full responsibility of their students' safety. Parents in such incidents are urged to call and check up on the wellbeing of their children through the school. Furthermore, school programs and schedules are more convenient in locating and accounting for the whereabouts of student's in the course of school days. So, should something go wrong regards the students, a vital notification can quickly reach the concerned persons.

Spending so much time on screen be it television, computer, or phone, significantly interferes with the students’ concentration level. By banning the use of mobile phones in schools, students are more likely to spend most of their time going through their academic work in their free time and not their social media accounts.

Research holds that most students tend to get into a conversation with each other while in class, which means that they are likely to spend a significant part of their time checking for incoming messages. Phones not only destruct learners but the tutors as well, which is a more reason why they should be abolished.

Frequent use of mobile phones implies potential damage to its users which makes students not an exceptional. These damages are mostly caused by the radiation effects of mobile phones, with most people at risk being those who are addicted to holding their phones or keeping them around their body parts. Other potential hazards include eyesight damages and cyber addictions.

Students everywhere are subjected to using their phones in examination rooms in ways that are unrecommended, which culminates to cheating in exams. Mobile phones are increasingly being used in exam rooms in mischievous ways that tend to be against school regulations.

The fact that some students tend to carry around expensive gadgets increases the possibility of them being robbed off not only their mobile phones but other possessions they may having. Such students are mostly marked as potential targets, making them feel insecure not only in school but anywhere they go.