The Use Of The Internet And Its Impact On Students’ Creativity 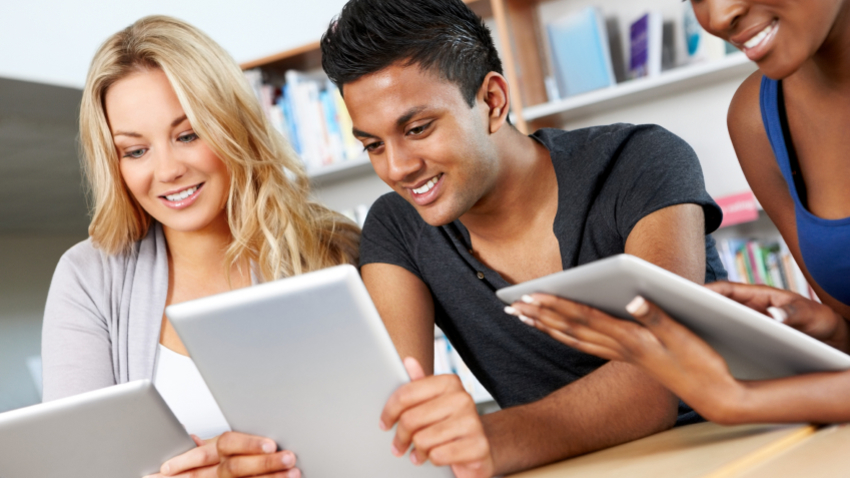 Though it still holds as a mystery, a lot of people wonder if the use of the internet is indeed changing the way our brains operate. One thing that is clear, is that the internet is significantly affecting the way we think, and act which is similar to changing our brains. Most researchers would, however, argue that just like any other organ, the brain also needs to be stretched beyond the normal to avoid maintaining it in a stable state. Feeding our minds with most things we read and see on the internet, in this case, plays a significant role in exercising the brain which makes it flexible and quick in reacting. From the above evidence one could think that the internet among other things people associate with tend to make the brain more active, but how valid is this argument? Let us find out.

The internet is seen as a kind of passive training machine for the human brain. Compared to other physical weight activities that students use to exercise their minds; books and related materials, the internet perhaps holds more disadvantages than advantages, or the other way round. When misused, any sources through which we exercise our brains may pose critical impacts on our mind functionality. However, it's argued that real sources like books make us believed that we had worked extra hard in retrieving and storing the necessary information in our minds. Can the Internet be the same? The fact that the internet often informs us on what we think we know and what we don't while at the same time spreading information that is unreliable, is enough to prove that it tends to distort what we believe and make us feel that which is unreal. The internet indeed functions well at substituting that originality for vague, while continuously recycling the same old information to looking the most real and latest.  From this argument, it is possible to tell that creative thinking among students is significantly distorted by their rapid use of the internet.

Within just a shorter period, students thinking habits have dramatically changed. Students have been turned into believing that all information in the internet; the Google search engine to be precise, is correct and, they should take it as it is presented. Even though what sites like Google provide are not 100% accurate, students tend to associate their popularity with the higher possibilities of such being real.

Knowledge is never similar to any information the eye settles on, which implies that there is no way the information provided on the various internet websites like Google can be valid. Even though the internet is referred to as a no-go zone as far as knowledge is concerned, students still insist on sitting all day online searching for related information, something commonly referred to as surfing. This is even worse because of the information sourced from the net changes rapidly; as fast as in a lifespan of every ten minutes.

Commonly referred to a medium of communication, the internet is just a means through which information is transferred to million receivers within a twinkle of an eye. Furthermore, the fact that a medium can never be the message; the internet, therefore is not a credible source of information more so for scholars. In addition, the internet is unselective of whatever information it is fed with; it does not discriminate against anything that comes along. Anything can be allowed to get into its system regardless of the specific sources. This means that if students are not focused and keen enough they are may be subjected to facing the most significant brain erosion ever experience. Information may not be the same thing as knowledge, the more reason why students should outsource credible sources when searching for information that purposes to positively impact on their thinking capacity.

Naomi Alderman argues that the internet has both its strength and weaknesses, for students cannot seek brilliant ideas through the internet and still be inspired to look for the same in reliable sources like books and academic journals. For example, students would become faintly encouraged to outsource information from detailed and reliable sources attribute to being addicted to the internet. Furthermore, our behavior habits similar to our brains tend to be shaped by the things we associate with on a frequent basis. Our minds are, therefore significantly affected by what we choose to feed them with.

The fact that students have accustomed themselves to reading short and shallow pieces of information rather than reading explicit academic materials like books indicates the seriousness of internet addiction. Accepting information from the Wikipedia or other related summaries availed on the internet, for example significantly destroys students' concentration level; students' would prefer to outsource related information regards their assignment from the internet because it is more summarized, something that would not engage them to understand the general idea like books fully. Moreover, the argument that students are beginning to think less and less as days go by is valid regards to research evidence that justifies students tend to lose a lot by not reading a substantial amount of books/academic journals on a particular subject. Perhaps this claim may also be wrong in that; by students not feeding their brains with reliable information from books, it probably means that they may be gaining more from linking different ideas about related topics on the internet.

The debate on whether something could be done to reduce the rate at which students interact with the internet is an issue of concerns, more so with the idea that there exists no possibility of the internet being dismantled anytime soon. It is speculated that the only solution for this would be to urge and encourage; if need be, students to develop the habit of reading, not just reading but reading information from substantial sources. Furthermore, the fact that the internet is considered as a medium through which data is passed implies that it lacks the potential to feed the brain to the point where students feel that it is entirely developed. The internet indeed has fantastic ideas and things that everyone would want to look out for, but doing books is also a great idea that students should learn to embrace. Books are more realistic because majority tend to contain strong ideas of scholars than the commonly searched websites.

Psychiatrist Bullmore claims that whether we accept it or not, the internet indeed has impacted on our thinking capacity. In a glimpse, the internet has made an enormous difference in how we think our minds function. We tend to disorient our standard functioning capacity by trying to adopt a given way of doing things, which makes the internet not an exceptional.

From a different perspective, arguing that the internet is indeed destroying creativity among students would be considered as a null argument, why? Let us find out.

First, the fact that creativity is innate implies that no one can be taught the art of being creative; in as much as processes can be taught, creative ideas can never be taught. Second, the internet is perceived to be a treasure that helps not only students but all categories of persons to expend their creative spans by providing a substantial amount of information at ones' fingertips. In other words, creativity can never be injected into one's system, and therefore, if you have it you are considered lucky, and if you lack it, you shouldn’t blame the internet.

Even more, the internet and the human brain relate in one way or the other. The two components constitute non-random networks. They have networking nodes that facilitate communication between them. Both are wired and ran by the densely connected nodes that perform specific functions, which implies they are structured to share highly designed features. Furthermore, the internet and the brain have evolved so much that they are getting a structure to satisfy individual ideas and preconceived thoughts. They both function to transfer information from one point to the other, which implies that they tend to function as one.

Although there exists no valid proof that the internet is reducing students'' level of creativity, it is known that the internet can help measure our level of concentration when handling information from different materials. Through the internet, students can learn different ways of measuring network organization, which can be used to measure the similarity of human brains